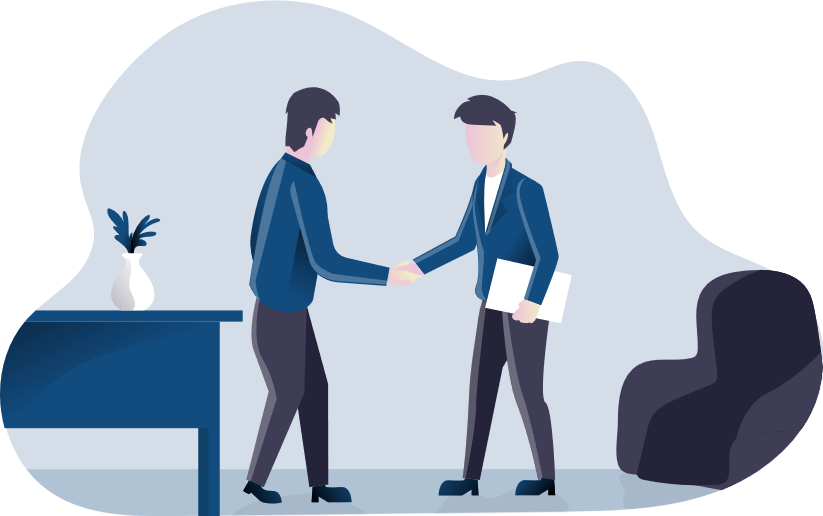 A dispute can be resolved quickly and efficiently through negotiation, mediation or arbitration.

These methods have several advantages:

In the event of a conflict, our firm can help you resolve it by assisting you during negotiations, mediation or arbitration.

A skilled negotiator trained in these methods of amicable dispute resolution, Léo PEUILLOT won first prize in the 2018 Negotiation Competition organised in Paris at the Conseil National des Barreaux. This prize was awarded to her by Mrs Christiane FÉRAL-SCHUHL, President of the National Bar Council and former President of the Paris Bar.

Negotiation is a process that brings parties face to face, facing both divergences and interdependencies, who choose to voluntarily seek a mutually acceptable solution.

We mainly use “interest-based negotiation” techniques, which allow us to reach a “win-win” agreement. At the end of the negotiation, we will finalize the agreement reached.

Our firm can assist and represent you during this negotiation.

Mediation is a process by which several parties attempt to reach an agreement for the amicable resolution of their disputes, with the assistance of a mediator. Mediation can be conventional, when the parties voluntarily decide to use it, or judicial when it is proposed by a judge.

The mediator is a neutral, independent and specifically trained third party. The mediator’s mission is not to settle a dispute, but to facilitate negotiations between the parties, who remain in control of the solution to their dispute.

Our firm can assist and represent you during this mediation.

The use of arbitration may be provided for by an arbitration clause inserted in a contract. Arbitration may also be considered after the conclusion of the main contract, by an arbitration agreement. The parties then undertake to use a neutral and impartial third party, chosen in advance by them, the arbitrator, to settle all disputes in the contract (arising or likely to arise).

The dispute is then decided by the arbitrator who makes an arbitral award binding on the parties. The arbitrator’s decision shall have the force of res judicata and may be subject to the “exequatur” procedure before a court to acquire enforceability.

Our firm can assist and represent you during this arbitration procedure.